The first: How can all peace-seeking forces achieve a breakthrough from Asia, given the current confrontational situation in Europe?

The second: How, in this context, should China and Russia expand the geography of their cooperation through bilateral partnership in order to maximise the stability and development of Asia?

I draw your attention to some deep trends in the current changing environment:

First, for many years, there was a popular belief that the United States is not capable of fighting two wars at the same time - with Moscow and with Beijing.However, it seems that Washington will not give up its attempt to weaken Russia through support for Ukraine, and views China as its main rival. According to Director of the European Council on Foreign Relations, Mark Leonard, it looks interesting that in the long term after the current war, Europe can adopt a large or small, flexible and diverse multilateral format for resolving its relations with other major powers, such as Russia and Turkey. Therefore, the European order may become a more "Asian" one. As the the US continues to shift its focus to the Indo-Pacific region and strengthen its alliances in the region, Asia will move further in the direction of "Europeanisation."

Such an opinion clearly shows that East-West relations remain closely interconnected, and given the a sharp turbulence of  the current situation, few can stand aside, especially the leading powers, including important regional blocs and structures.

The problem is that the aforementioned practice of achieving selfish goals by only looking for enemies has long ago exhausted its usefulness. Clifford Kupchan, a senior fellow at the US Council on Foreign Relations, rightly noted that if the United States simultaneously regards China and Russia as its enemies, “Life will show that the West will have to face not only the Sino-Russian bloc, but also a much larger number of countries that unite to defend their interests and rebuild the world order." This thesis, at least, has been clearly proven in Asia, where Indonesian President Joko Widodo  refused to take part in "sectarianism" or join circles when he firmly invited Russia to the G20 summit. Moreover, the ASEAN mechanism, which has survived more than half a century, is operating in Asia. Since 1967, the low-key ASEAN countries have quietly achieved strong and peaceful economic growth comparable to that of the world's major powers. In this process, neutrality and a refusal to take sides have become effective principled positions for the ASEAN states. The facts prove that the ASEAN model is more beneficial to Asia than the NATO model.

Second, with the approach of the US midterm elections, inflationary pressure there is increasing, and the results of opinion polls for John Biden remain unsatisfactory. Therefore, on the one hand, the United States continues to exert military pressure on Russia, hoping to break the resistance of its long-term strategic adversary. On the other hand, over the past two months, Washington has repeatedly signalled that it is not seeking victory, but a final solution to the Ukraine problem through peaceful negotiations. A daily review of various sources allows me to assume that the information space is probably underestimating the huge amount of anti-war pressure in the United States itself; we are talking about both the Democratic Party and the academic elite, as well as retired high-ranking officials and business executives. In fact, there has been a large number of calls to stop heating up the situation around Ukraine. In addition, if the Democrats lose the midterm elections, or if the Republicans come to power in 2024, then the Russian-Ukrainian war could take a fundamentally different turn. Over time, similar changes will occur in Europe. So it's not hard to explain why the impact of European and US sanctions against Russia is starting to wane. 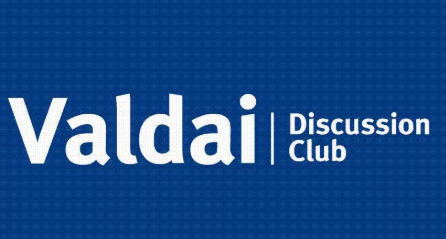 All in all, countries opposed to sanctions targeting Russia and unwilling to choose sides far outnumber the 30 or 40 countries that Europe and the US have colluded with, especially the BRICS, SCO, ASEAN, and countries in the Middle East. Moreover, during the Russian-Georgian war in 2008 and the Crimean crisis in 2014, even such key countries as India steadily maintained their neutrality. It is quite possible that this huge group of countries will rally even more and further calls for peace and stability, an opposition to sanctions and an unwillingness to choose sides.

Therefore, following this trend, all the forces that are in favour of peace must, first of all, resolutely oppose any attempts to expand NATO into Asia and provoke the division of the continent.

Third, in parallel with the promotion of its special military operation, Russia is using energy and financial instruments to effectively counter the West; the entire state apparatus is functioning normally. The reality is that not only hasn’t Russia been defeated, on the contrary, it will continue to influence the development of regional and international processes as a great power.

It is necessary to consider how to create an Asian regional structure step-by-step in order to avoid a repetition of the tragedy of Europe in Asia. In terms of regional economic architecture, there are actually three regional mechanisms in the Asia-Pacific region at present: the Regional Comprehensive Economic Partnership (RCEP), Comprehensive and Progressive Trans-Pacific Partnership Agreement (CPTPP), and the not yet fully formed Indo-Pacific Economic Framework for Prosperity (IPEF). Since its inception, the RCEP has had regional endogenous characteristics; The CPTPP was successively led by the US and Japan, while the IPEF was developed by Washington. In terms of the nature and purpose of the RCEP mechanism, it is a traditional trade liberalisation agreement aimed at lowering tariffs and encouraging mutual investment and trade. It is called a "high-level" free trade agreement, as it focuses on digital trade, property rights protection, labour standards, environmental protection, and other higher requirements in addition to traditional RCEP options. The IPEF is mainly aimed at restructuring the production chain in the Asia-Pacific region in order to compete with China. In general, RCEP, CPTPP and IPEF reflect the willingness of various parties to compete and cooperate in the Asia-Pacific region.

All three formats, in fact, face the problem of how to build proper relations with Russia, which has resolutely chosen the path of a "pivot to the East." On the one hand, it is clear that relations with Russia have not yet been reflected in the aforementioned three mechanisms; on the other hand, how quickly this or that mechanism will include the issue of coordination and cooperation with Russia on its agenda, will largely depend on the success.

In the late 20th century, the French economist Francois Gipouloux put forward the so-called "Asian Mediterranean" concept. According to Gipouloux, the western part of the Pacific Ocean, with its numerous Asian countries, boasts a wide expanse stretching from the Arctic Ocean to the Strait of Malacca. In many ways, he argues, it resembles the Mediterranean region, which contributes to cooperation between countries through long-term economic prosperity and development, contributing to the development of mankind in various fields such as politics, society and civilisation-building.

With the intensification of US attempts to create a “groupism” in the Asia-Pacific region (the AUKUS alliance, the Indo-Pacific Quad, the Five Eyes alliance, etc.), it is necessary to fully use the huge geo-economic advantages of the region to resist confrontation through cooperation and to win public support through mutually beneficial cooperation. In this vein, the concept of the "Asian Mediterranean" can be applied as the culmination of a new round of cooperation in the Western Pacific region, and as a basic strategy that paves the way to fight a powerful enemy.

The objective prerequisites for promoting the concept of the "Asian Mediterranean" are as follows:

First, in addition to the tense confrontation between East and West, there is still a vast middle space today. With meticulous planning and the gradual elimination of hostility, it is possible to gain the support of more countries, and turn challenges and deterrence into mutually beneficial and win-win interaction in terms of long-term economic cooperation.

Second, the inertia of the development of the Asian region ensures that in the coming decades, the global situation will gradually evolve from absolute dominance in the European and American markets over the past 30 years towards a search for a strategic foothold in continental Eurasia. The initial goal of the Chinese Belt and Road Initiative is precisely to expand the geography of cooperation in the western  Eurasia for a larger interaction. Under these conditions, Asian countries, including China, continue to choose the further path of cooperation with the west through the depths of the Eurasian continent, including Russia.

Third, judging by the above cooperation frameworks in the Asia-Pacific region, there is no doubt that the latest RCEP progress is closest to avoiding a gap between the development of the Russian Far East and Siberia, to which Russia is making great efforts, and the Asian -Pacific process, and find more opportunities for cooperation between the former and the latter. On the one hand, given that Siberia and the Far East are increasingly complementary in many respects with the Asian region as a whole, there are huge opportunities for China and other Asian countries to participate in infrastructure reconstruction in the Russian Far East. On the other hand, with the current confrontation between East and West, the Asian countries, including Japan, continue to demonstrate their willingness to maintain and develop energy cooperation with Russia. In this sense, the idea of an "Asian Mediterranean" is not just a dream. 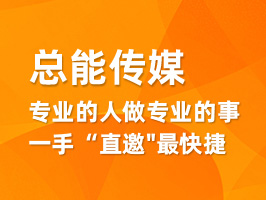